August 23, 2006
Ok....so today I heard probably the best medical school anecdote that has happened to someone I know.

My friend, Anil, is just finishing up his ER rotation. The other night, he went in to see this patient, a lady, who came in with some back pain and basically just mild abdominal discomfort. A trauma had come in around the same time, so most of the other nurses and the residents and doctors were all involved with the trauma. So the lowly fourth year gets to go and see the non-emergent case. He starts asking her lots of questions, thinking maybe she had some kind of urinary tract infection. All of a sudden, during the interview, she grabs her stomach, moaning and crying in pain, and says something like, "I'm really hurting. Can you look down there?" (I guess she had put on a gown or something.)

So Anil obliges and takes a look down at her nether regions. And he sees something. First he thinks, "Is that a prolapsed uterus?" And then, "No. OH MY GOSH it's a HEAD!!!

He then (as calmly as possible) says to the lady, "Ma'am, did you know you were having a baby?" She says no, then kind of freaks out and stands up. At which point the baby FELL OUT on the FLOOR. No kidding.

So he of course picks up the baby, holding the umbilical cord, and frantically gets the attention of a nurse, who finds the attending and gets him some help.

Apparently, the lady DIDN'T KNOW she was pregnant. And she had like 6 or 7 other kids. Even though I've never been pregnant, I just do not know how that could happen.

The lady, by the way, was fine, as was her baby girl, even after falling on the floor. My friend told me she was one of the cutest babies he had ever seen.

I wish something this exciting had happened to me while I worked the ER. The most exciting thing I got to do was sew up a toe. It doesn't really compare.

Anonymous said…
OH MY GOSH! THIS IS UNBELIEVABLE. ok, i've heard another story kind of like this (except in this story, it was TWINS the woman didn't know about) and i secretly just didn't believe it. but i have to believe this one since it's coming from YOU! whoa. hmmm...in a way, i sort of wish i could have a pregnancy and labor(?) like that. except for missing all the excitement and anticipation, i'd happily not be uncomfortable, in severe pain, or counting down days!

wow, i'd pay money to be an eaves-dropper on that phone call she made to her husband--or whoever--afterwards. 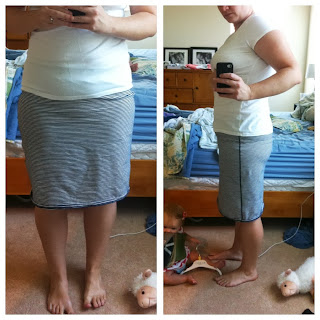 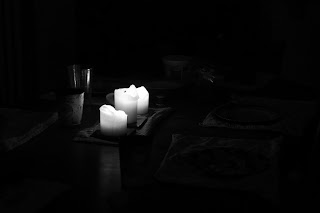 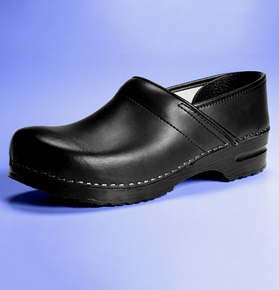